What is Babylon the Great?

1One of the seven angels who had the seven bowls came and spoke with me, saying, "Come here. I will show you the judgment of the great prostitute who sits on many waters, 2 with whom the kings of the earth committed sexual immorality, and those who dwell in the earth were made drunken with the wine of her sexual immorality." (Revalation 17;1,2)

The question arises: what is this harlot, and how not to get under her influence? 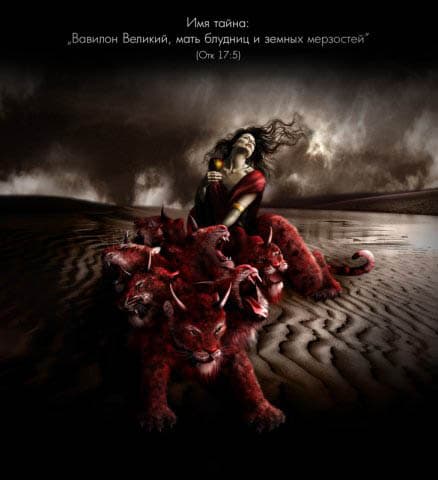 The problem of spiritual fornication existed in the days of the law of Moses. In Ezekiel the 23rd Chapter, the city of Jerusalem and his sister Samaria are called harlots. The verse says that they should be punished for their adultery.

That is why in the old Testament other pagan religions are not called adulterers, because they did not make an Alliance with the God of Israel, and, accordingly, could not violate the faithfulness to him.

31Behold, the days come, says Yahweh, that I will make a new covenant with the house of Israel, and with the house of Judah: 32not according to the covenant that I made with their fathers in the day that I took them by the hand to bring them out of the land of Egypt; which my covenant they broke, although I was a husband to them, says Yahweh. (Jer. 31:32,33)

In Pentecost, 33 ad, the new Testament was made. But the problem of spiritual adultery remained. As in pre-Christian times, Israel committed adultery with the kings of the earth, and today most Christians is closely connected with political parties and human governments. 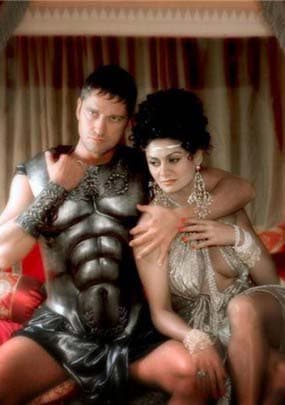 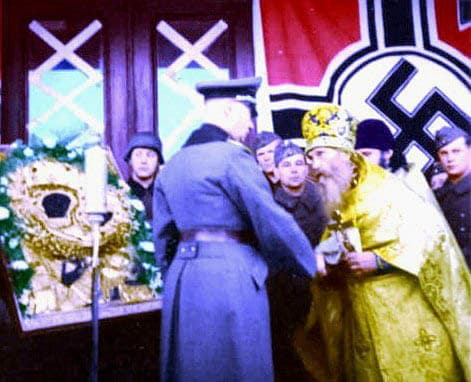 Prophet Zachariah, who lived in the 6th century BC.Uh. He prophesied that after the new Covenant was made, the problem of spiritual fornication would not be solved

Next we will discuss why it is given the name Babylon…

So, we realized that the "harlot" today is Christians apostates who made a Covenant with God, but are in fact adulterers. Why are they called Babylon? First let's look at the history.

(Gen. 11:1-9) In the beginning the earth was one language, one speech. People became proud and wanted to make himself a name. They have ceased to worship God as the Lord and began to worship themselves. Therefore, Almighty YHWH divided the languages of men.

9 Therefore is the name of it called Babel [that is, division], because the Lord did there confound the language of all the earth; and from thence did the Lord scatter them abroad upon the face of all the earth.

In the parable of the tares it is said that the devil is the spiritual father of false Christians.
However, the apostasy of the Christians is symbolically foretold much earlier.
Who built Babylon? Gen. 10:9,10 tells us about Nimrod, the enemy of the most high God. It is named "a mighty hunter, who opposes the Lord." 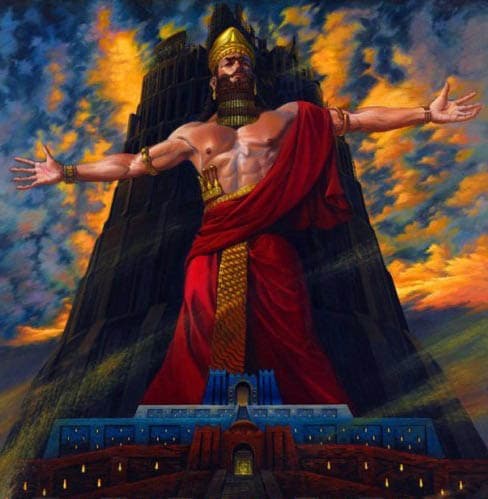 Beasts in the book of Daniel symbolize government. The mighty hunter is the one who manages them, i.e. the devil. 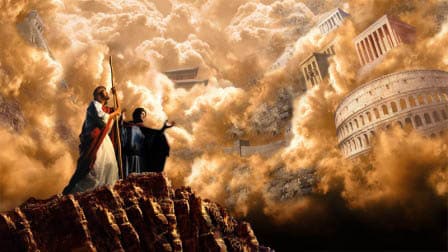 The Apostle Paul in acts.20:29,30 explained, what will the sons of the enemy.

Also in 1Cor.11:19 says that there will be sects (see: Eph.4:14). So the false teachers made a separation in the unity of the faith 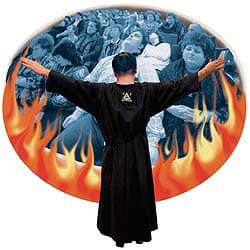 Verse Revelation 18:4 says that God's people must leave Babylon. What does it mean?

This means that all Christians who have a pure heart, will have one truth. So, despite the apparent chaos and confusion in the Christian world, the Almighty gives assurance that He will fulfill all his intentions.

Babylon means "division" (Gen. 11:9). The Scripture also mentioned that there will be divisions between Christians. But the fault of the vanity of the false teachers, who figuratively "make themselves a name", there was a division of the pure language of the truth in Christianity, disrupted the unity of the faith (1 cor.1:10. Acts.20:29,30)

The Revival Of Truth

"By this shall all men know that ye are My disciples: if ye have love one for another." (John 13:35)

Note that only the Holy Spirit gives us the best knowledge about God. But when Christians got it? When Jesus Christ showed love for people by giving his life for them!

And what lessons can be learned?

Spiritual enlightenment would come only after the disciples will show love by suffering for the truth like Jesus did.  they will be betrayed, some will be killed (Luke 21: 16; John 15:12-14, 20). After  that, many sincere people will open their spiritual eyes, spiritual vision will appear. (see 1Pet.2:12, and 21.). This is what the prophet Daniel prophesied in Babylon. Daniel 11 verse 29 shows that this will be the "appointed time", i.e. the time of the end, when the signs of the coming of Christ and the end of the age will be fulfilled. Having been purified through suffering, as if melted by fire, with a crystal clear heart and spiritual vision, Christ's brethren will bring spiritual sacrifices that heavenly Father will accept with good will. They are like trees of righteousness will bring good fruits for the benefit of sincere people. (Psalms 1:3). 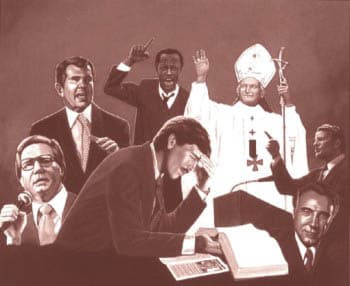 Many understand that after the death of Christ's fellow apostles, Christianity fell into apostasy, and the pure, true Church ceased to exist. The power of darkness came - the harlots of Babylon. Apostates-Christians, like wolves, dispersed a single herd, dividing it into destinies. And now even sincere Christians find it difficult to find a common language with representatives of other faiths.

And it actually becomes similar to the separation of Babylon from the book of Genesis Chapter 11.
Today there are thousands of Christian denominations. And every denomination claims that only They are right. And those who seek the only truth from God in confusion and bewilderment. Some even try to unite religions, but it is impossible. But the problem of divisions in Christianity will be solved. And we will discuss how it will happen.

As in the 1st century, the Jewish people lived in anticipation of the coming of Christ, and today Christianity to some extent expects this time. Reading Matthew 2: 1-6 and other Scriptures, it is evident that the scribes and Pharisees, studying the writings of Moses and other prophets, had some knowledge of the coming of the Messiah. The people also received John the Baptist as a prophet, and he pointed to Christ. And it was two witnesses speaking about the approaching Kingdom of God.

But something similar must happen at the end of time. Notice Revelation 11: 3,6
3 I will give power to my two witnesses, and they will prophesy one thousand two hundred sixty days, clothed in sackcloth. 6 These have the power to shut up the sky, that it may not rain during the days of their prophecy. They have power over the waters, to turn them into blood, and to strike the earth with every plague, as often as they desire.

The actions of these witnesses are like the miracles of Elijah and Moses. 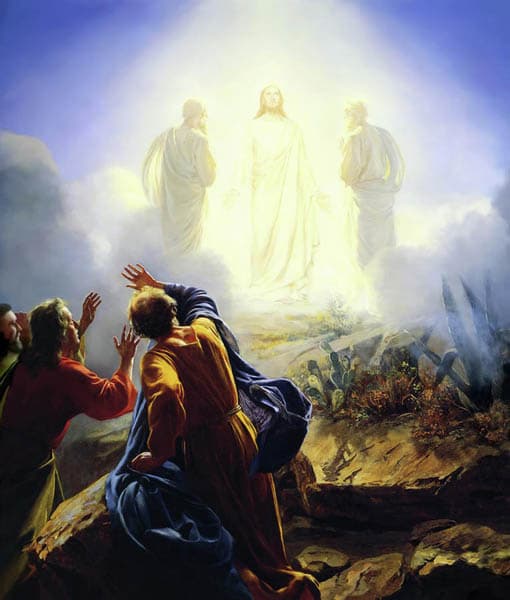 In the first century John the Baptist and Jesus Christ, the greater Moses, were these witnesses. And at the end of time, his faithful followers, apostles, and prophets. These figurative " two witnesses "will have to fulfill the same thing that he did: 1) the figurative" Elijah "i.e. John the Baptist in the 1st century-to prepare the" hearts "of Christians for the day when the"Son of man coming with glory" will come. 2) as Moses, and then Christ, they will turn others to the truth - the one that is from the  almighty God(see acts. 3:22,23. John. 14:12). Most of Christianity will hate them, they will be a stumbling block to many, they will be led "before kings and rulers" for the name of Christ (Luke 21:12-17). And as co-priests of their Master, by their perfect conduct to death, they will turn to the truth of sincere hearts (Matt 5:8). During the sign of the coming of Christ, his followers will teach many people the truth, the only one from God (Rev.11:3; Dan. 11:33; Eph. 4:13,14). 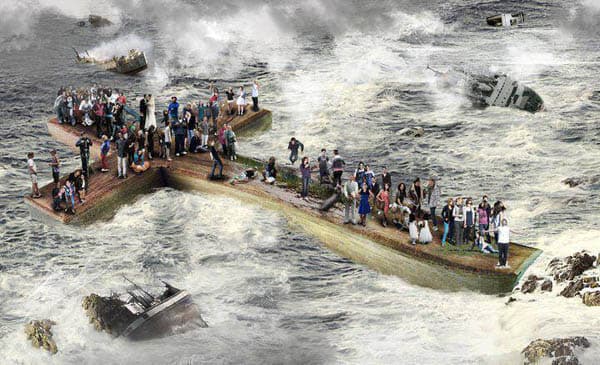 The only way Christians will get the opportunity to get out of the figurative Babylon, together by a single faith.

It is on the extent to which a person adheres to such principles that it depends whether he sees the way to the Holy God or not. Revelation 11: 8 mentions the city of Sodom. Genesis 19: 11 tells us that the people of Sodom were blinded and could not enter the house where the righteous Lot lived. The same will happen with Christianity spiritually depraved, as shown in 2 thes 2:10-12; Rev. 22: 14,15; Dan. 12: 10 (b). In the end time there shall arise false Christs, and false prophets (Matt. 24: 24), and all who are not marked clean by the Supreme, they will stumble and fall. [Something similar has already happened in the 1st century, see para. Isaiah 1:10; Isaiah 29:13,14,9,10; Matthew 15: 12,14]. The Apostle Paul in 1Cor. 10: 6 he wrote that we can learn from the examples of the past written in Scripture, keeping ourselves in spiritual purity, having hope for what is written in 2fes. 3: 3.5. Who has ears to hear-let him hear! And grace be with you. Amen.