The Parable of the Unmerciful Servant 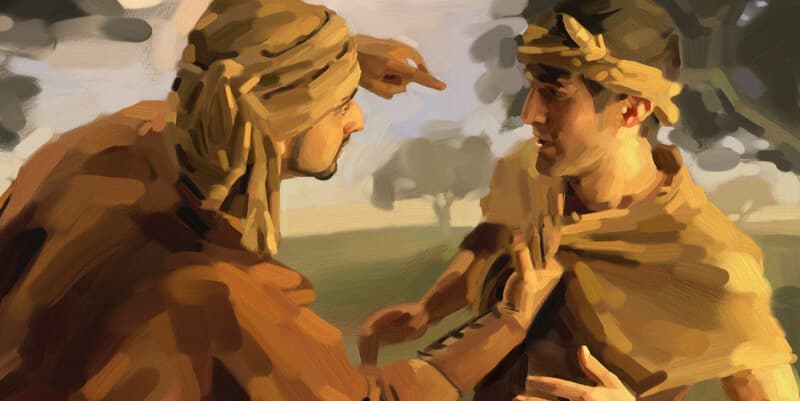 23 Therefore the Kingdom of Heaven is like a certain king, who wanted to settle accounts with his servants. 24 When he had begun to settle, one was brought to him who owed him ten thousand talents. 25 But because he couldn’t pay, his lord commanded him to be sold, with his wife, his children, and all that he had, and payment to be made. 26 The servant therefore fell down and knelt before him, saying,

‘Lord, have patience with me, and I will repay you all!’

27 The lord of that servant, being moved with compassion, released him and forgave him the debt. 28 “But that servant went out and found one of his fellow servants who owed him one hundred denarii, and he grabbed him and took him by the throat, saying,

29 “So his fellow servant fell down at his feet and begged him, saying,

‘Have patience with me, and I will repay you!’

30 He would not, but went and cast him into prison until he should pay back that which was due. 31 So when his fellow servants saw what was done, they were exceedingly sorry, and came and told their lord all that was done. 32 Then his lord called him in and said to him,

34 His lord was angry, and delivered him to the tormentors until he should pay all that was due to him.

35 So my heavenly Father will also do to you, if you don’t each forgive your brother from your hearts for his misdeeds.”